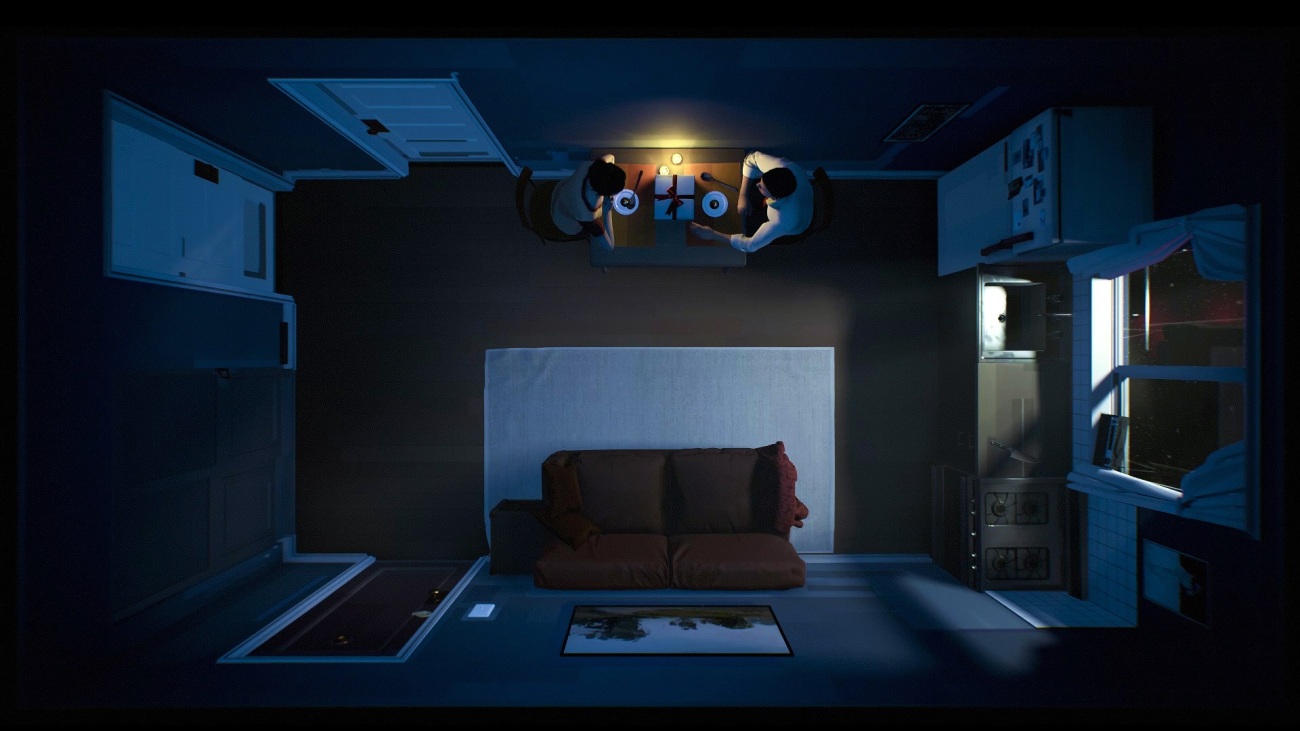 It was during last week that I had the opportunity to talk a bit with Luís António, the person responsible for the game 12 Minutes. In his resume, he’s already been to Rockstar and Ubisoft studios, and he also helped in the artistic part of the puzzle game The Witness. It was during the development of the latter that Luís António started working on his first project 12 Minutes.

I want to thank Luís for accepting to answer a few questions, especially at a time when 12 Minutes is at a critical stage of its production and certainly only a few months away from its release. I wish Luís all the personal success and also that his game will turn out in a huge success.

– Can you explain what 12 Minutes consists of?

12 Minutes is an interactive thriller, where we play from the husband’s perspective. After a day’s work, we get home and have dinner with our wife. Then someone knocks on the door and knocks us unconscious after we’ve been assaulted. When we wake up, a new day begins, a new loop. The idea is to use the knowledge of previous experiences to try to change the course of events and break the loop.

– How did the idea came up, or what are the influences, for the game concept?

Director Stanley Kubrick is one of my many influences and movies like The Shinning, Memento or Groundhog Day also turn out to be some of the points of reference in creating 12 Minutes.

Video games are essentially “time loops”, but what if the main character was able to remember that he had passed that certain level several times? This kind of experience is seen at the cinematic level, but there is little when it comes to video games. The more intense and richer the experience, the more significant it will be for the player in terms of end result. 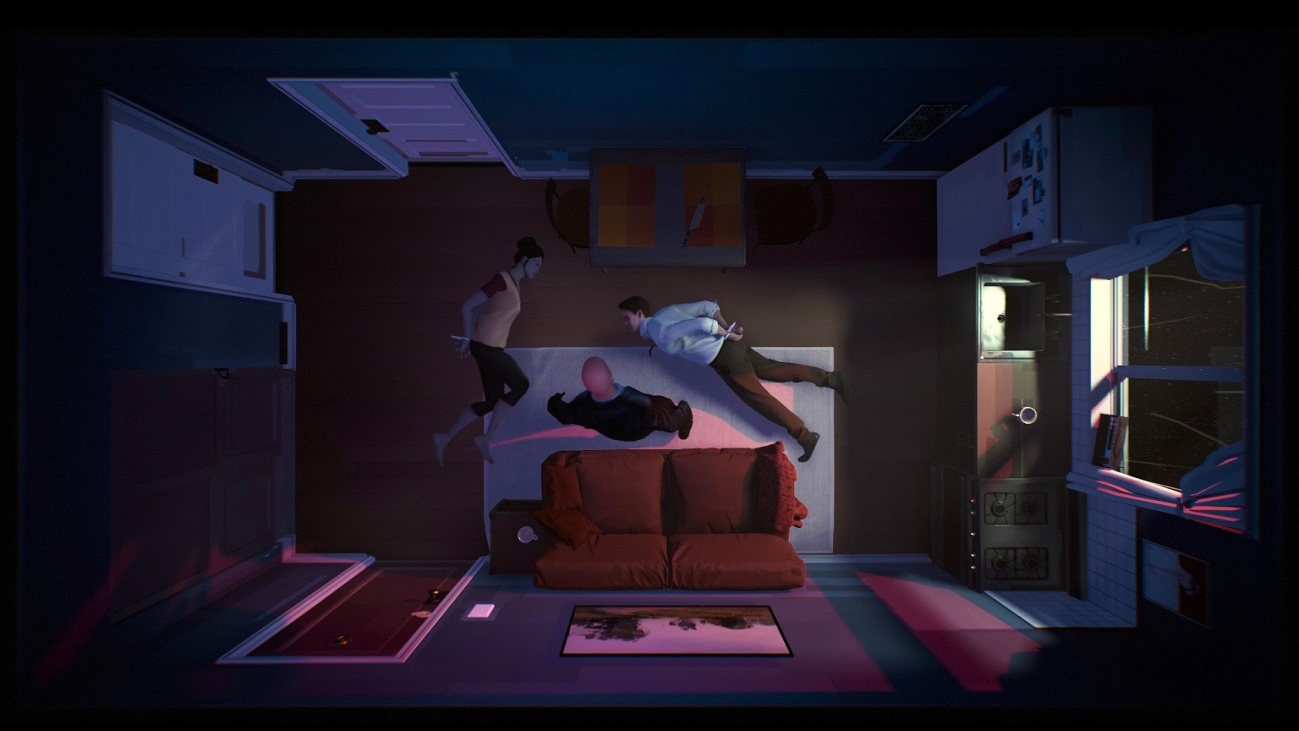 – Having a trailer during the Microsoft conference at E3 2019 was a big plus. How did this opportunity come about?

When I started the project, I was looking for a partnership to help me distribute the game. I got an initial partnership with Microsoft and it was even at Game Dev Camp in Portugal that I spoke with Agostino Simonetta, responsible for the ID@Xbox program in Europe. They said they were interested and so I started to collaborate with them in the start-up of the project.

The game started to grow and from a certain moment we saw that the game could be something much bigger and that’s when I decided to make a partnership with Annapurna Pictures. Contact with Microsoft was maintained because they were interested from the beginning. Then came a time when we were ready to announce the game and we talked to Microsoft asking about the possibility of a trailer during their conference at E3. We had an open dialogue ever since the beginning, so they agreed without any problems.

– Besides the husband gaining knowledge loop after loop, is there anything else in the scenario that changes or is he the only piece of change?

– As far as I know, the loop can end before 12 minutes. At what point in the game there’s no turning back?

There will come a time when you will quickly realize that there is no turning back and the loop will restart soon. However, there are several ways to do that. One way is simply to leave the apartment. The game doesn’t punish you for restarting the loop, because mistakes are a way to learn so you can be more successful in the next loop.

– Are there different endings or limit loops?

The experience of the game is a lot about that. What would be the end of an experience that never ends? I would say that there will come a time when you will feel that you have reached the end and that you should be satisfied with the conclusion. The game is made to reach a point where you feel you’ve reached the end, but it’s a different end. For example, when you watch a movie, you get to the end of two hours and it’s over, but this is a bit different because it’s dynamic. The concept of an end is also different from a book when you get to the last page or, again, from a movie when you get to the end of two hours. Above all, I think you’ll come to a satisfactory conclusion. 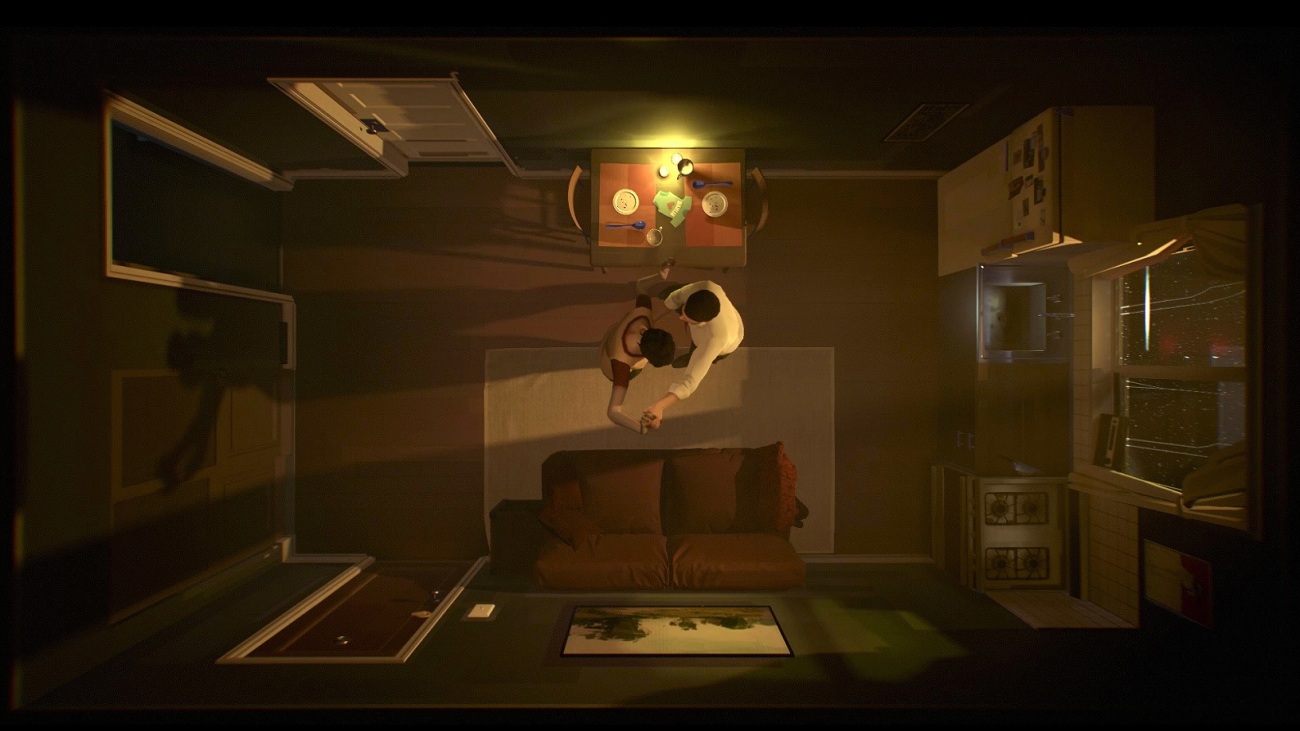 – But for example, if I make the right choices, can I get there within an hour or two?

To get to that end, I’d say we could be talking 6 to 8 hours if you’re good at puzzle games.

– And when it comes to the release date, do you have any predictions?

I can’t get much information out yet. It’s scheduled for this year.

– Finally, a more personal question. What are you playing now or have you played recently?

My list of games to play is giant but I’m playing Gris right now. I want to play Death Stranding, too. It’s next on the list. I also want to go back to the Outer Wilds which I started, but then I had to stop. I recently played the Untitled Goose Game and also Noita.