Doom is powerful. It’s powerful because it’s all in large quantities. Tons of ammunition, demons everywhere, high decibels and an adrenaline rush always crossing the red line. Doom Eternal is as intense as I expected. In fact, the game has exceeded my expectations on several fronts. Let’s talk a little bit about them.

As far as the story is concerned, we know that’s not the strong point of the series. In Doom Eternal, we returned to Earth and found that it was once again the target of a demonic invasion. Yeah, again those guys… More of the same, but that doesn’t really matter.

Something that stands out from the start is the emphasis on the platform system. Now we can cling to some walls and cross large areas through structures suitable for this in the scenarios. In most cases, this type of situation appears in between the various combat arenas. These are moments of pure exploration where, many times, there are several types of items to catch with which we can improve Slayer, weapons, among other things. In fact, this system of platforms can often be used in combat, because the arenas are prepared for this. This gives a great dynamism when in battle, because it is mandatory to be always on the move.

Let’s talk about guns. Doom’s arsenal has always been robust and able to satisfy anyone. From the famous shotgun and classic BFG, through machine gun, rocket launcher, chainsaw, among many others, there’s a bit of everything. The arsenal becomes slowly available with the progress of the game, as well as various features of each weapon. Besides the normal way of acting, most of them still have two specific modes, where only one can be active at a time. It’s up to the player to figure out the best way to invest the points and make the most of his abilities. The offer is varied and if you explore all the places on the maps, you should have no problem getting most of the improvements.

With regards to Slayer’s improvements, these can have an impact on combat and exploration. It is possible to improve the speed and effectiveness of the melee attacks, the different grenades, the flamethrower present in the suit, among other aspects. Obviously it is also possible to increase our life, shield and amount of ammunition possible to carry. As a matter of fact, this last aspect was clearly noted in the first hours of the game, where I got the impression that I was almost always out of ammunition.

Doom’s enemies are not exactly scary, but it is his way of acting in combat that caused me some panic at first. Each of them has a weakness, just like a weapon to which they are more vulnerable. With regards to that, the game gives some hints, but only when you defeat the enemy for the first time. 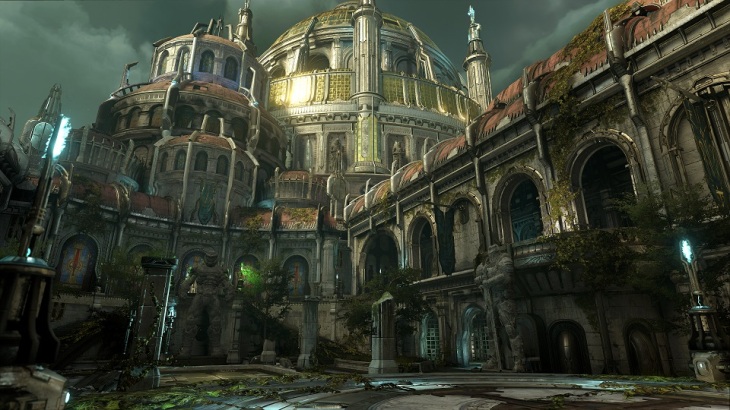 Although I played Doom Eternal in what is the weakest version in terms of visuals and performance, I couldn’t help but be amazed by the final result. The game always performed well and without major frame rate problems. In fact, I don’t really remember a moment when I felt the game giving in to the big amount of enemies on screen. As for the level design, there is a good variety. To be honest, some of them reminded me a little bit of Gears of War or The Outer Worlds sets, for their structures and colors. And who doesn’t remember the excellent soundtrack of Doom’s reboot? Yes, the same sound quality is present in Eternal and the intensity of it, injects us with the adrenaline necessary to annihilate everything that moves. 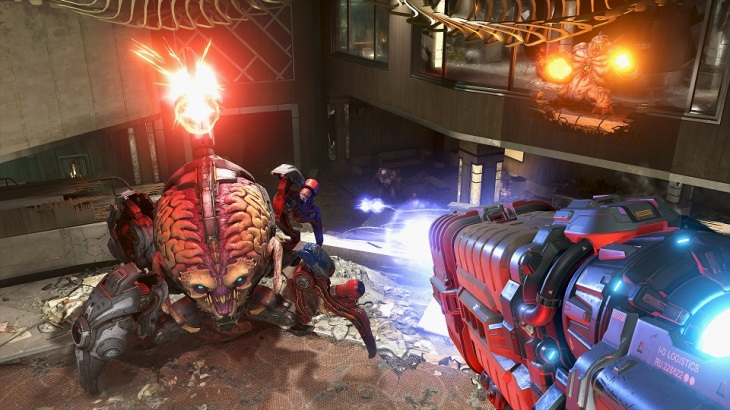 Before I talk a bit about the online, I just want to mention that now we have a hub in single-player mode. In between the campaign missions, we can walk around our house and unlock some improvements available there, as well as activate soundtracks of some of the company’s games. Of course, this needs to be unlocked during the missions, so it can be used later on back home. It’s a small addition, but it ends up providing that comfort zone that some games are already starting to offer. 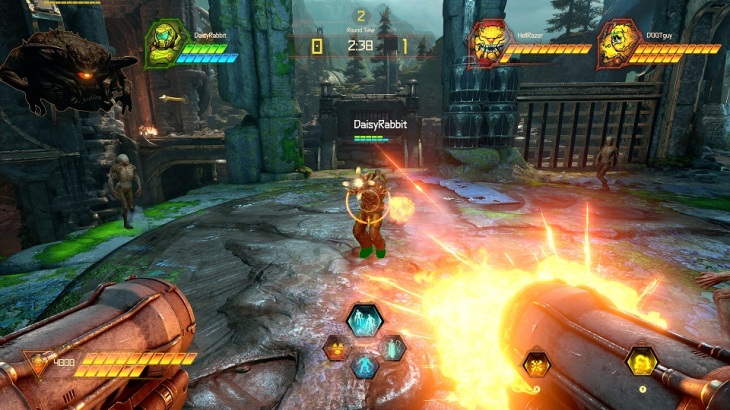 Doom Eternal’s multiplayer has not been forgotten and the focus goes to Battlemode. It consists of a battle of 1 x 2 – Slayer x Demons. We can play with either side, where in the case of the demons, we have several at our disposal. The multiplayer has a tutorial to help you understand some of the mechanics, especially on the demon side. There are several details to take into account and it ends up explaining the various skills we can use, among which is the possibility of creating “smaller” enemies to serve as cannon fodder against Slayer.

The rounds are the best of five and in between each one, the game allows you to choose a skill to strengthen yourself and try to turn the rhythm of the game. If we play as Slayer, we have the whole arsenal at our disposal. However, in order to win a round, we have to eliminate both demons within a certain amount of time. This means that if you eliminate one of them, you have x seconds to try to eliminate the second one, otherwise he’ll spawn. In short, it’s a game mode that can last a long time. When it comes to server connections, I didn’t have any problems in the various matches I’ve played. Battlemode turns out to be a good surprise and can easily offer dozens of hours of fun.

I don’t have much to complain about Doom Eternal, but I want to mention one aspect I didn’t like. For the first two hours or so, the game was constantly introducing new mechanics. At one point, I felt a little lost with so many mechanics available at first, to the point where I began to question which button combinations did what and which would be the best time to use them. I’m not complaining about having too many functions, quite the contrary. I’m complaining about them being introduced one after the other and not giving you time to assimilate their features. I understand Doom means full-time action and the studio wanted to make everything available to the player as quickly as possible, but I also think it could have been done more gradually. 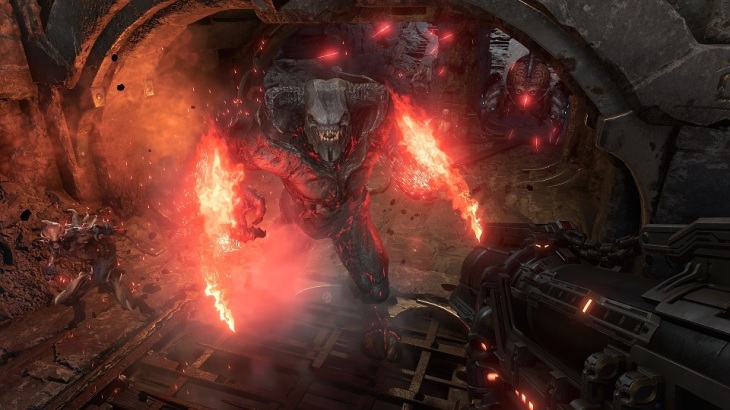 An arsenal for all tastes

Too many mechanics introduced in a short space of time