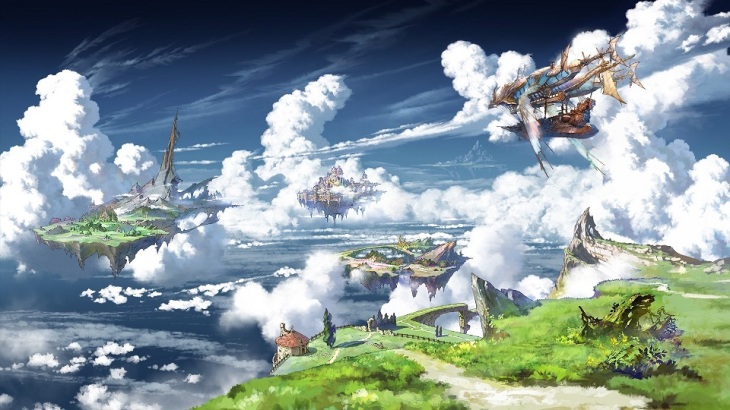 Until the announcement of Granblue Fantasy: Versus coming to the West, this was a name completely unknown to me. It was essentially both the visuals and the developer name that got me interested in the game. Arc System Works is the studio in charge of developing Granblue Fantasy: Versus, but if this name doesn’t ring a bell, then it may be that some of the games they developed will help: BazBlue, Guilty Gear, Dragon Ball FighterZ, and many more. Ok, now maybe you’ve realized the potential of this game. This is the first time Granblue has come to consoles, as its fame currently comes from the mobile side. 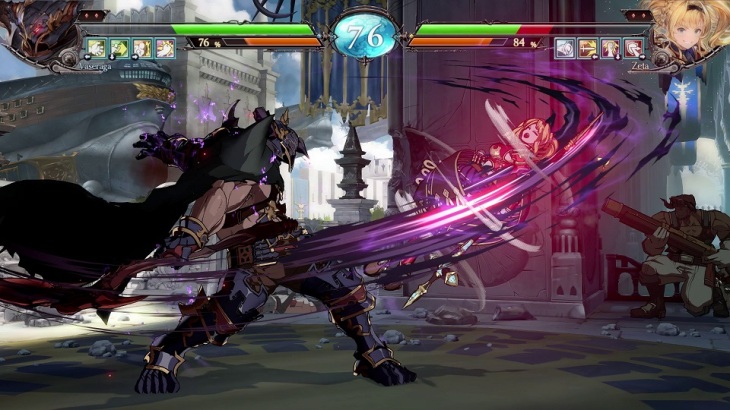 I confess that fighting games are not really my cup of tea, but another reason why this title has got my attention, was its RPG mode. This one has a narrative, but it goes unnoticed and does little to grab the player. Truth be told, most people who might play this title will certainly not do it for this mode. However, it’s some of the RPG elements that make it captivating. As we progress in the game, we will unlock new characters, which we can use in future battles, either as a main or supporting character. Although this mode has some RPG elements, the battles are done in the usual way in this type of games, where we face hordes of enemies and, in many cases, a boss. Unfortunately, at some point, the enemies started to get a bit repetitive, but it was the fights with the bosses that made me quite excited, besides providing a more demanding challenge.

We couldn’t be talking about an RPG if there was no loot. Every time we defeat an opponent, it drops loot which is collected automatically. Completing quests also gives several types of items, and we can still earn some extras if we meet certain requirements of each mission. You can also upgrade weapons and buy various types of items to help in combat. Characters also level up and if you are having troubles in a specific fight, you can play co-op, locally or online. As the game progresses, an option is also unlocked within the campaign and it’s called Tower of Babyl, which is a kind of dungeon where the difficulty increases with progress. Whenever you overcome a new challenge, you get more loot and XP. This is a good option to upgrade the characters and weapons if you are having difficulty at some point.

When it comes to the fight itself, Granblue Fantasy: Versus provides a good experience for less hardcore fighting game fans, just like me. Its combos are simple and focused on light, medium, heavy and special attacks. As for fighters, this is a game with little to offer, at least for now. The game has eleven characters to choose from, all of them mostly different in terms of fighting style, but DLC’s are already planned with a few more in the coming days. As for combat arenas, there are only 8, which I also consider relatively few. However, the venues included are visually distinct and appealing.

In addition to RPG mode, there are the classic Arcade and Online. In Arcade, after each victory, it is possible to choose the next opponent and their difficulty. Depending on the difficulty you choose, the opponent will also be different. It turns out to be an interesting proposal if you want to progress more easily and avoid certain opponents. When it comes to online, before we can play against other people, the game forces us to play some matches against AI, in order to get an idea of our abilities. Taking into account the result, we are then initially placed to play with people of our level. Of the matches I played, I didn’t have any connection problems, which can often make the experience frustrating, especially in games like this where every thousandth can make the difference between defeat and victory.

The animation in 2.5D is very good and the movements of the characters are a delight to watch. The soundtrack also made me very satisfied, offering several types of music according to the moment of the game. Highlight to some songs that only play during boss fights and make the battles even more epic.

Granblue Fantasy: Versus was a good surprise. Although it makes it a lot easier for less experienced fighters to come along, there’s also something here for whom this is their favourite genre. For me, RPG mode is the big highlight compared to other games of the genre, although it could have been more explored. The small number of fighters available, as well as the arenas, end up offering a more compact experience that can easily create some fatigue. Granblue Fantasy: Versus is far from a perfect game, but I believe it’s a good option to introduce fighting games to players who normally keep some distance from them.

RPG mode and its mechanics

RPG mode can be played in co-op

Gameplay accessible to anyone

RPG mode could have been further explored