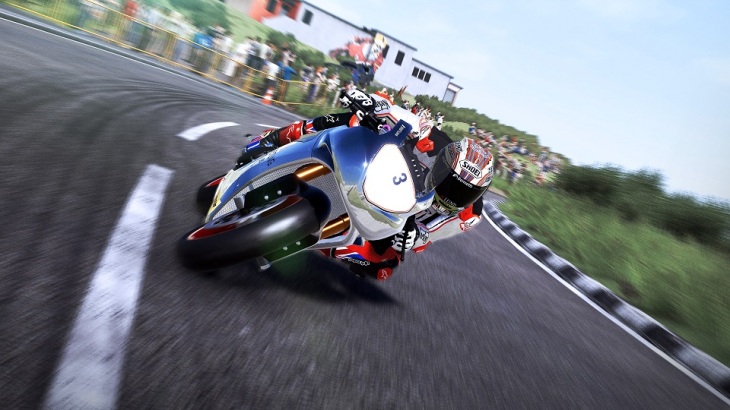 Disclaimer: This review does not contain comparisons with the previous title, because I did not play it.

TT Isle of Man: Rise of the Edge 2 takes us to the Isle of Man, an island located between the UK and Ireland, and which provides one of the bravest motorized spectacles to watch. I mean, those riders are crazy… This is the official game of the event and it recreates the whole island in a very meticulous way. It’s about 60 kilometers of competition, where your ability to hold a motorbike at high speed will be tested to the limit. The courses are mostly on ordinary roads, where speed bumps or the side walks themselves within the city, are more than enough to get you dusting off the tar. 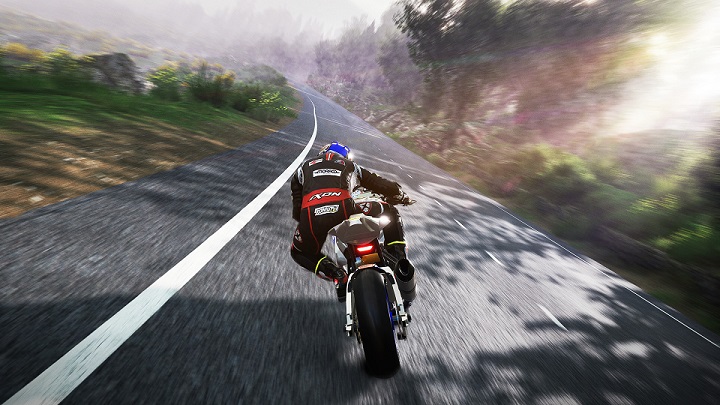 This game is pure simulation and the driving requirement is very high. If you think you can go at high speed until the moment of the turn, then it is better to take some horses off the bike. Any corner in the game should be well thought out, both in terms of speed and posture on the bike, as the weight of the bike has to be taken into consideration. You can go slower and do a slow turn, but it is also possible to do it at a good speed if you have started to turn as early as possible, and on the best possible trajectory. It’s a learning process that requires a few hours of play to get the hang of it, but once you can apply the theory in practice, then everything chances in the game. I mean, in a good way.

In addition to personal skill, the bike improvements themselves help a lot in your riding. Whether it’s by making it lighter and with a better start response, there are several factors to consider for a more effective result. As soon as I started to apply some improvements, the effectiveness in the race was remarkable. Regarding the number of motorbikes, the game contains 13 official from the competition plus some legendary ones, as well as the 27 fearless riders who ride such winding roads without blinking with fear. 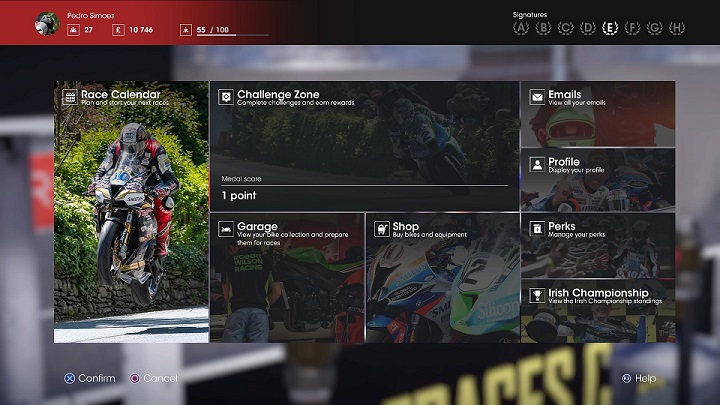 Speaking now a bit about the career mode, it allows to go from the lowest bracket to the top of the race. It is divided by seasons and you can choose a team to race for, or simply be a lone wolf. Obviously with a team, there are goals that help reputation and certain improvements more easily. Each time you finish a race, you can win some “cards”, which you can apply at the beginning of each race, in order to obtain certain benefits. There is also a shop where you can buy improvements to the bike, as well as some special paintings.

The possibilities of the bike configuration are big enough to offer an excellent mechanical experience to all those who enjoy this challenge. In my case, I prefer to use the “automatic adjustment”. It is more comfortable and safer… Besides the career, the game offers other modes like quick race, time attack, multiplayer and also an open world mode, where you can test the bike in different ways, as well as learn more about some courses. 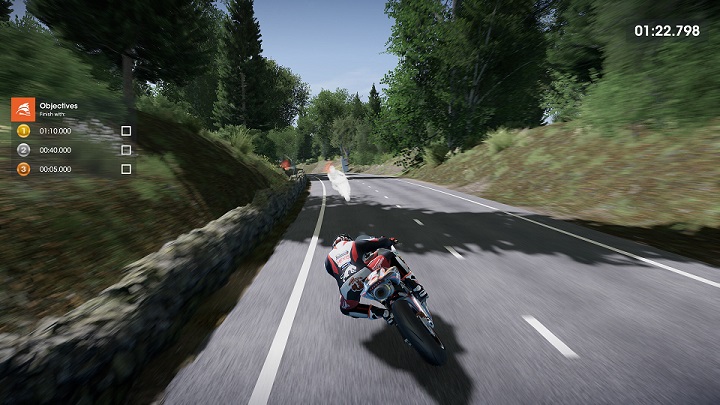 Visually, this is a game that, without establishing a new level of quality within the genre, ends up fulfilling its purpose very well. It’s a pleasure to observe some of the landscapes of the island but, quite honestly, I don’t advise at all because the result will be tragic… As you would expect, the motorbike models are great and can faithfully represent the real versions.

The game has several cameras and some of them allow a greater immersion in the experience, just like the camera from inside a helmet. At times when I tested, I almost felt cold sweats on the straights at high speed, or on curves where I almost cleaned the tar with the suit. In terms of sound, good work was done on the noise of each of the bikes, and I want to highlight the sound we can hear when passing at high speed through an area of houses or trees. In this regard, I strongly advise you to play with headphones, which will make the experience even more real.

Although I’m not a fan of this motorsport at all, TT Isle of Man: Rise of the Edge 2 has surprised me on the positive side. As soon as I started to master the bike better, I found myself speeding fearlessly along the winding roads of the Isle of Man, but always aware that it wasn’t going to end well… The career mode easily offers many hours of gameplay and a vast customization of the bikes, ideal for those who like mechanics. If you are a fan of the official race or the sport itself, then I strongly advise this title.

The Isle of Man faithfully recreated

A lot of visual and mechanical customization of the motorbikes

Nothing that really stands out